Infinite Stratos 2: Love and Purge is a Japanese visual novel game developed by MAGES for the PlayStation 3 and Vita platforms. It was released in Japan on September 3, 2015. Also based on the second season, the game is a sequel of IS2: Ignition Hearts.

The game's storyline follows after the World Purge arc 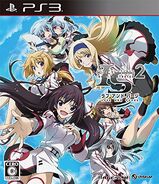 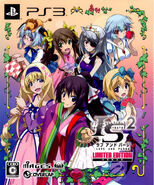 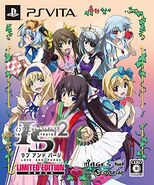 VITA Limited Edition Cover
Add a photo to this gallery

Retrieved from "https://infinite-stratos.fandom.com/wiki/Infinite_Stratos_2:_Love_and_Purge?oldid=16757"
Community content is available under CC-BY-SA unless otherwise noted.