Infinite Stratos Wiki
Register
Don't have an account?
Sign In
Advertisement
in: IS Units, Personal IS Unit

The Mysterious Lady has demonstrated close- to medium-range combat abilities. In Volume 5 Chapter 4 (Infinite Stratos 2 episode 4) it was shown to be effectively used by Tatenashi even without its special abilities, as Tatenashi was able to block all of Autumn's Arachne's arms simultaneously with only a spear/lance. She also created a fake version of herself out of nano-machine and water. Tatenashi claimed that Mysterious Lady is best suited for indoor battles because of its ability to control water.

The armaments that have shown so far are: 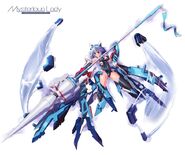 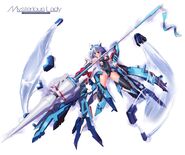